FOR ALL of the poise and skill they show on the pitch, in the concert hall, and on the boards, R. and Q. lately have taken to reminding us that they are 11 and 6. It’s as if they don’t want Mrs. D. and me to get too smug in our parenting achievements. And it’s working.

R. is questioning every last request, comment, and direction, whether it involves her chores, her clothes, or her bedtime. “Why?” “Why not?” “No, I don’t.” “Yes, I do.” “But, Dad/Mom …” These are flung at us constantly, in response to the very smallest and most insignificant statement on our part. It’s a grinding ground war, and each instance of resistance represents another few inches of depth in the trench she continues to dig with dogged determination.

END_OF_DOCUMENT_TOKEN_TO_BE_REPLACED

LEST YOU think that R. is the only Dadlibbing daughter with artistic tendencies, rest assured that Q. is beginning to make her mark as well. At age 6.

A wonderful, dedicated mom at Q.’s elementary school is staging a couple of student-starring musicals next month to raise money for our Parent Teacher Organization. She recruited volunteers to help backstage and landed my piano teacher as the shows’ pianist. And she announced auditions in order to separate the actors into two groups: speaking parts and chorus.

What Mrs. D. and I didn’t realize until the night before was that Q. was supposed to memorize lines from one of the scenes for her audition. Each of us spent the remainder of the evening and some of the next morning running lines with her. By the time she left for school, script in hand for further study, she was doing pretty well. But she’s in kindergarten, after all, so we were all kinda, “Yeah, we should have started helping her earlier, but she’ll have fun in the chorus, and she’ll have plenty more chances in the years to come.”

END_OF_DOCUMENT_TOKEN_TO_BE_REPLACED

SHE IS but 11, yet as R. stood on stage, her hair fixed just so, wearing a short-sleeve button-up shirt and a frilly black skirt, and running the bow across the strings of her violin with skill and poise, she looked much, much older.

Q. typically is the one we see as acting above her age. Because she’s scary-smart and loves to hang out with her big sister, she seems like a tween trapped in a 6-year-old’s body. R., though, the personification of sweetness, with a heart as big as the sky, is impossible to conceive of as less than two years away from being a teenager.

But at last week’s violin recital, dressed as she was, playing as she did, R. began — just barely, mind you — to come into focus as the young woman who’s not too far away. As much as I want to stave it off, it was a beautiful sight. | DL

SILVER LININGS Playbook is about football in the same way that Bull Durham is about baseball. Each sport plays an important role — it’s almost a secondary character — but never obscures the larger themes of relationships between damaged people. You don’t even have to be a fan to enjoy each film for the achievement it is.

Bradley Cooper’s Pat is just out of a mental health facility, where he spent eight months being treated for bipolar disorder after he kicked the ass of the guy bonking his wife. He’s living in his parents’ house in the Philadelphia suburbs, trying to jump-start his life and win back his wife. Jennifer Lawrence’s Tiffany is a young widow trapped by her own demons. She, too, is back with her folks; her salvation is a dance competition for which she’s training. Their uneasy alliance stumbles haltingly into a wobbly friendship in which each tries to help the other.

END_OF_DOCUMENT_TOKEN_TO_BE_REPLACED

DILLON, Tex. (AP) — The Philadelphia Eagles searched far and wide for their new head coach before finding their man deep in the heart of Texas.

Eric Taylor, head coach of the Dillon High School Panthers, will be named to replace Andy Reid, according to multiple sources.

Eagles owner Jeffrey Lurie declined comment, as did Taylor, reached at his home last night. Taylor abruptly hung up the phone when asked whether his extremely attractive wife, Tami, might happen to have a thing for early middle-aged bloggers.

While Taylor lacks the innovative football mind Lurie said he was seeking in his next coach, he is considered a superior motivator, an appealing trait for a team with numerous underperforming, high-priced free agents.

END_OF_DOCUMENT_TOKEN_TO_BE_REPLACED 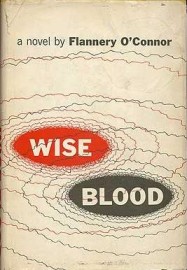 But what grabbed the most was one of the final sentences I heard:  END_OF_DOCUMENT_TOKEN_TO_BE_REPLACED

NOT LONG after I became a dad, contemporary, grown-up pop culture began fading from my radar. And so year-end best-of lists (movies, TV shows, songs, books, etc.) of the kind published over the last week hold much less sway with me these days. It’s hard to get excited over such things when you have lots of conversations that begin with “Remember that episode of Victorious when … ?”

Though I no longer read the content of such pieces, I have noticed that alongside the best-of lists, papers and magazines are running worst-ofs. This stinks.

END_OF_DOCUMENT_TOKEN_TO_BE_REPLACED

… [F]ree will does not mean one will, but many wills conflicting in one man. Freedom cannot be conceived simply. It is a mystery and one which a novel, even a comic novel, can only be asked to deepen.

HAVING MADE it to midnight, I was hoping to start 2013 by sleeping in. Alas, I woke up at about 6 this morning and tossed for an hour before arising and trudging downstairs to see how destructive our New Year’s Eve party had been.

Mrs. D. had put away the leftover food while I got the girls prepped for and into bed, but given the late hour, she hadn’t done much else. So what awaited me were a dishwasher to empty, a bar to disassemble, a gaggle of wine glasses to wash, piles of dishes to scrape and clean, and a couple of tubs of leftover beer and Prosecco to bring inside and cram into the refrigerator.

I made coffee, turned on my iPod, and went to work.